More madness at Greenbush and Tapistry.

The first, full day of Spring is here! Is the nice weather near? Don’t think so for this weekend, so why not just go to Tapistry, or your favorite brew-pub, and tip a snifter of Bring da Ruckus or barrel-aged Burn the Witch. It won’t make the weather any better, but it sure will warm you like a sunny day.

The weather is supposed to be nice with improving conditions for most of the week, so no excuses needed for getting out to your favorite Brew-Pub. And, what a way to start the week with $2 pints from TierIII at Tapistry, and Mug-Club Monday at Greenbush with half priced Groups A & B beers for half price. Now tell me what is wrong with that?

Tough morning working on computers and printers followed by not so tough afternoon drinking craft beer at Tapistry and Greenbush.

How many Mondays has it been since I started this silliness? Give me a moment and I’ll figure it out. Looks like I come up with 112. So with that in mind, do I really need to go over what happens on Monday for the 112th time? Ok! One-More-Time!

Going to start at Tapistry where they have their TierIII beers for $2/pint, and with Hoponacci with Amarillo hops in that group it really starts to call to me once again. Then, it’s off to Greenbush for Mug-Club-Monday with half priced Group A & B beers.
Yes!

Another wintry Sunday. Must mean another trip to Greenbush & Tapistry.

Tuesday is nearly as fun as Monday as it’s Mug-Club day at both The Livery and Tapistry. Yeah!

Speaking of Tapistry, they have a couple of new beers coming soon. One is a new Hoponacci with mosaic hops, and the other is a double IPA, which I don’t know what’s it’s called as I can’t read my own hand writing. More info later…

The snow will not impede my progress to Tapistry and Greenbush. There’s too much to miss on this Funday-Monday for me to do otherwise. Thank God for my snow blower! 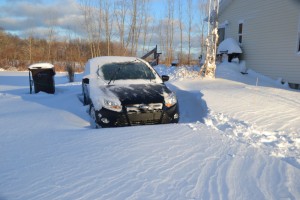 I must have been so-very-sad about Tapistry not being open today that I forgot what I was doing yesterday and today. I know it was Monday, and mub-club specials at Greenbush, and some other shit, other than that. Who knows?

Hank Aaron had 755 homers in his career, which matches the consecutive days that I have been on this somewhat silly quest.

I don’t know why I’m mentioning this, at least I don’t know now, but it’s certainly more information than I usually post to this blog. For example: I was at Tapisty, sitting at the bar and enjoying a Reactor yesterday afternoon, and while there Keith was putting up the special of the day. Nothing really noteworthy in itself, but combined with the fact that I watched, and commented on his penmanship several times, you’d think that I would have related the special to you all. It was a in house made sausage with several ingredients, like eggs, pork, smoked chicken livers, and so on. I bet it was very good, but it’s probably all gone by now. Next week, I’ll pay more attention to Wurst Wednesday and report on same.