Don’t let the day get you down. Throw off the weight of reality and get a craft beer from your favorite watering hole. That’s what I’m doing right now. Beats the heck out of balancing my credit card statement.

News from The Livery

Beer & Music happenings. Check it out:

What’s new at The Livery?

Good to have friends who, for the price of a beer, will wash your car. Thanks Spence! Your beer awaits at Tapistry.

Monday, and it know I have said this before, is the best day of the week. You got your $2.00 Tier III at Tapistry, and, of course, Mug-Club-Monday at Greenbush. Could get better? Yes, but this will be just fine until then.

Fun in the sun makes for more better beer. Get out and get your tan today while they last. Maybe you should have a Flaming Loonie at Greenbush. 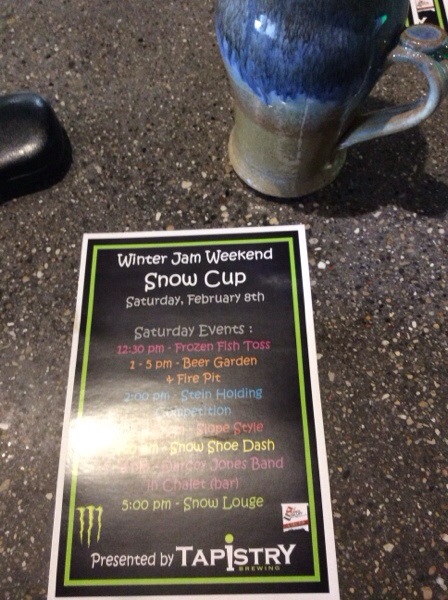 Come on down to Tapistry and fill your growler with with Bat country, a brown ale, or Drifter in the Dark, a sweet stout, for five bucks. Wow, what a deal! Better hurry, though, as when the beer is gone so is the deal.

The snow should be no deterrent for all of you craft-brew people. So, don’t waste time with the normal Saturday crap, and get out and have a pint of your favorite brew.

My cayenne peppers, rehydrated & smoked by the fine crew at Greenbush. That’s the good part. The downer is that I’m not brewing tomorrow. Ok, it’s not that bad, and it’s only a postponement, but still I’m bummed. Time to move on.

Some of the smoked barley to be used in my future brew: 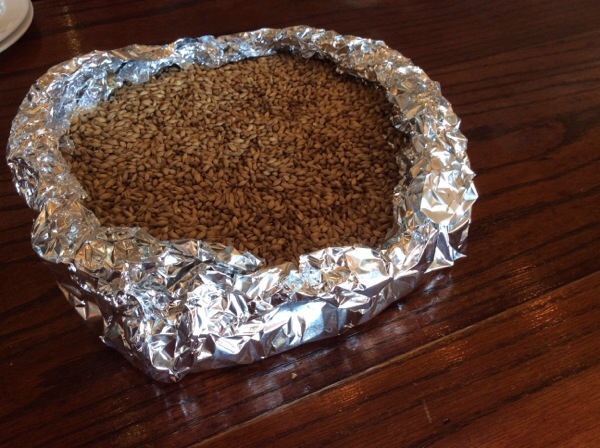 One day without measurable snow finds me at Tapistry. Where else would I be at this time?

Speaking of which, I’m drinking something different, and new on their menu. It’s an Amber with cascade hops, clocking in at 4.8% abv. I’m not up on all of the jargon, but to me it tastes a bit malty, but not so much so as to linger on my pallet. How does that sound?